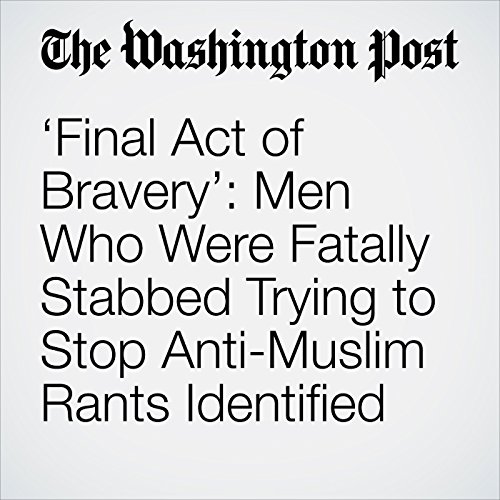 Two men were stabbed to death and one injured Friday on a light-rail train in Portland, Ore., after they tried to intervene when another passenger began “ranting and raving” and shouting anti-Muslim hate speech at two young women, police said.

"‘Final Act of Bravery’: Men Who Were Fatally Stabbed Trying to Stop Anti-Muslim Rants Identified" is from the May 27, 2017 News section of The Washington Post. It was written by Amy B Wang and narrated by Sam Scholl.