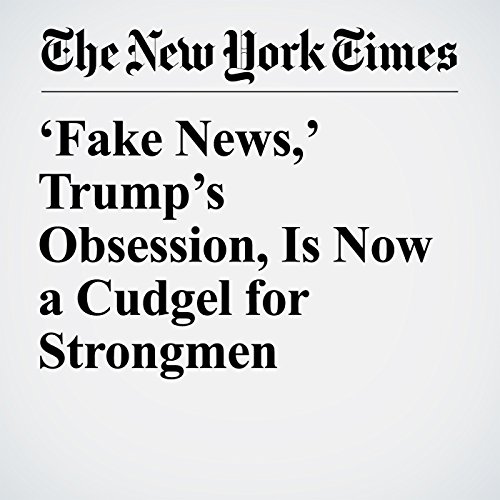 President Donald Trump routinely invokes the phrase “fake news” as a rhetorical cudgel to undermine opponents, rally his political base and try to discredit a mainstream American media that is aggressively investigating his presidency.

"‘Fake News,’ Trump’s Obsession, Is Now a Cudgel for Strongmen" is from the December 12, 2017 World section of The New York Times. It was written by Steven Erlanger and narrated by Keith Sellon-Wright.