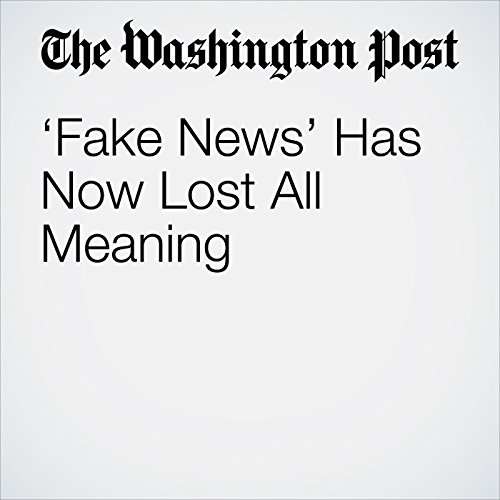 Once upon a time — it was November 2015 — "fake news" had a precise meaning. It referred to total fabrications — made-up stories about Donald Trump suffering a heart attack or earning the pope's endorsement — and the phrase burst into the political lexicon as Facebook and Google vowed to clean up some of the garbage that had polluted the Internet during the presidential election.

Since then, conservatives — led by President Trump — have hijacked the term and sought to redefine it as, basically, any reporting they don't like.

"‘Fake News’ Has Now Lost All Meaning" is from the February 09, 2017 Politics section of The Washington Post. It was written by Callum Borchers and narrated by Jenny Hoops.