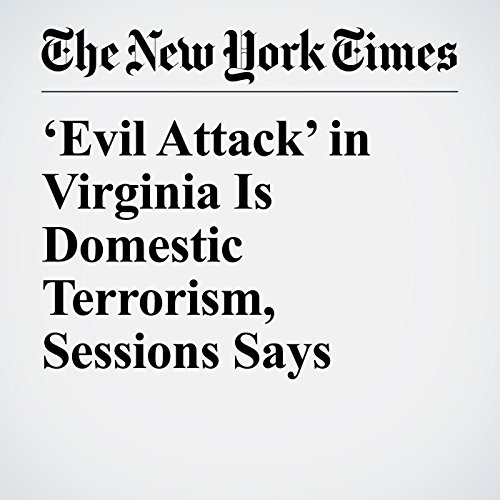 Attorney General Jeff Sessions said on Monday that the “evil attack” in Charlottesville, Virginia, over the weekend meets the legal definition of an act of domestic terrorism, an early declaration in an investigation after a car plowed into a crowd of protesters.

"‘Evil Attack’ in Virginia Is Domestic Terrorism, Sessions Says" is from the August 14, 2017 U.S. section of The New York Times. It was written by Eileen Sullivan and narrated by Keith Sellon-Wright.