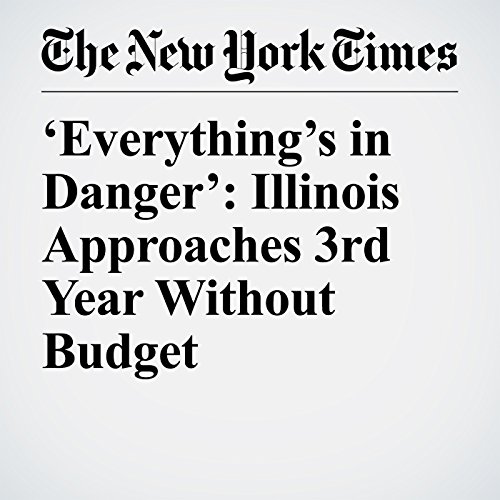 With hours left before Illinois begins an unprecedented third year without a full budget, warring leaders were still trying to strike a deal in a political and fiscal crisis that has engulfed the state since 2015.After two years without a budget, many people who depend on state services — public university students, drug addicts, troubled teenagers, the elderly — have already felt the repercussions.

"‘Everything’s in Danger’: Illinois Approaches 3rd Year Without Budget" is from the June 29, 2017 U.S. section of The New York Times. It was written by Julie Bosman and Monica Davey and narrated by Fleet Cooper.