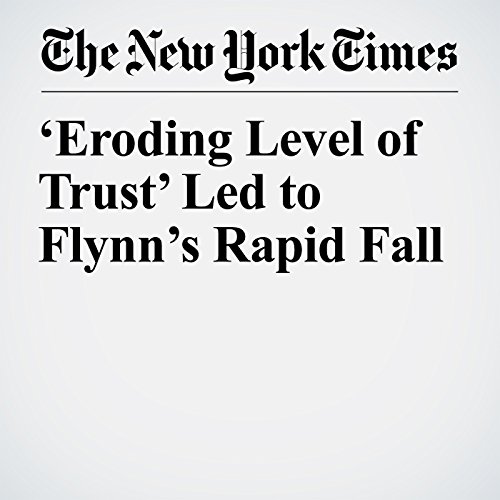 Flynn’s rise and fall followed familiar patterns in Washington, where ambitious figures secure positions of great authority only to lose them in a blizzard of contradictions, recriminations and scandal. But rarely has an official at such a high level risen and fallen in such a dizzyingly short time — in this case just 24 days after Flynn arrived in the West Wing to take his corner office.

"‘Eroding Level of Trust’ Led to Flynn’s Rapid Fall" is from the February 14, 2017 World section of The New York Times. It was written by Peter Baker, Glenn Thrush, Maggie Haberman, Adam Goldman and Julie Hirschfeld Davis and narrated by Caroline Miller.