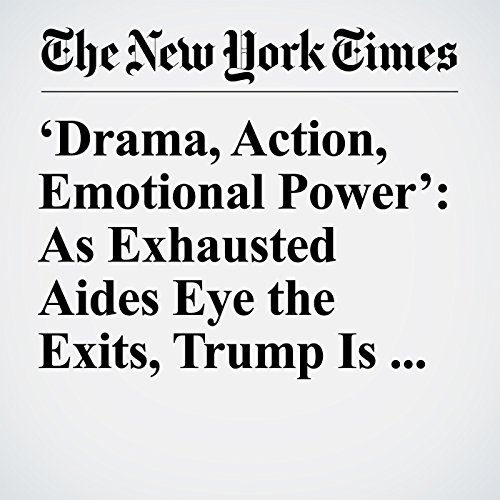 President Donald Trump has gone overseas to embark on some of the most consequential diplomatic negotiations of his tenure, threatening an all-out trade war with allies and seizing a chance to make peace with a nuclear-armed menace.

"‘Drama, Action, Emotional Power’: As Exhausted Aides Eye the Exits, Trump Is Re-energized" is from the June 10, 2018 U.S. section of The New York Times. It was written by Maggie Haberman and Katie Rogers and narrated by Barbara Benjamin-Creel.