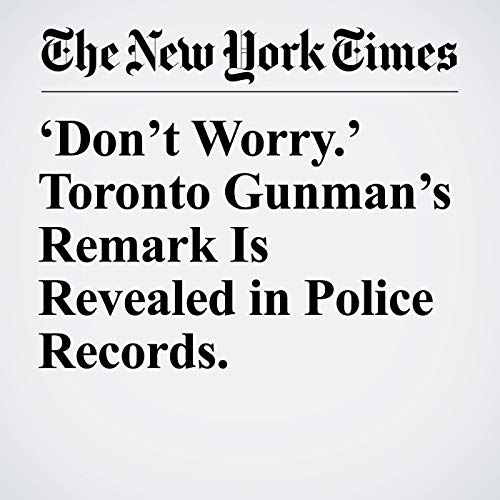 TORONTO — Faisal Hussain, the gunman who staged a deadly rampage in Toronto this summer, had four cellphones in his bedroom and another on him. The police found what appeared to be cocaine in a drawer under his bed. And while Hussain stood over a woman and shot her four times, he waved a man in his path away, casually saying, “Don’t worry, I’m not going to shoot you.”

"‘Don’t Worry.’ Toronto Gunman’s Remark Is Revealed in Police Records." is from the September 21, 2018 World section of The New York Times. It was written by Catherine Porter and narrated by Mike DelGaudio.