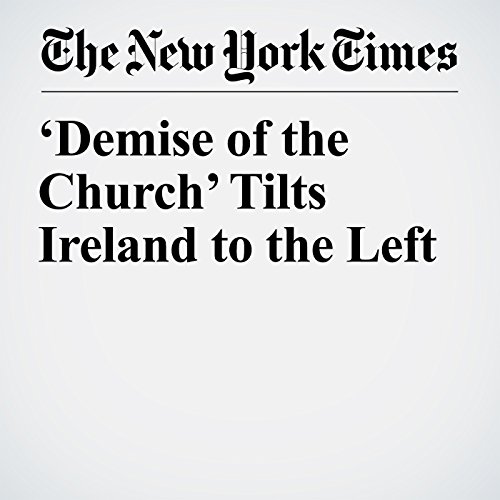 Ireland was long a bastion of Catholic conservatism, a place where pedestrians might tip their hats and hop off the footpath when a priest walked past. But economic and technological changes helped propel a shift in attitudes that accelerated with the unfolding of far-reaching abuse scandals in the Roman Catholic Church in the 1990s.

"‘Demise of the Church’ Tilts Ireland to the Left" is from the December 02, 2017 World section of The New York Times. It was written by Liam Stack and narrated by Kristi Burns.