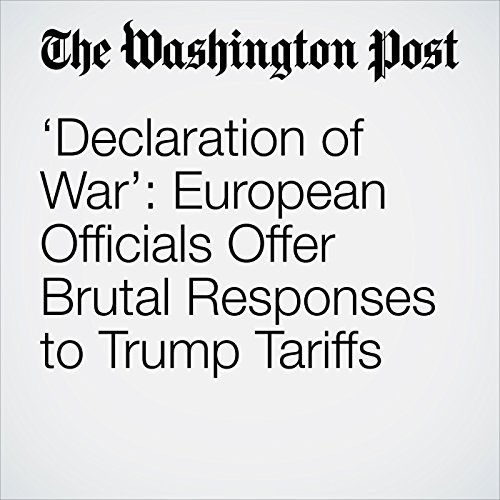 European officials have not minced words in recent months regarding a U.S. president they often consider to be an obstacle rather than an ally. But Trump's announced intention to impose punishing tariffs on imported steel and aluminum triggered an especially sharp backlash Friday from a number of countries.

"‘Declaration of War’: European Officials Offer Brutal Responses to Trump Tariffs" is from the March 02, 2018 World section of The Washington Post. It was written by Rick Noack and narrated by Jenny Hoops.