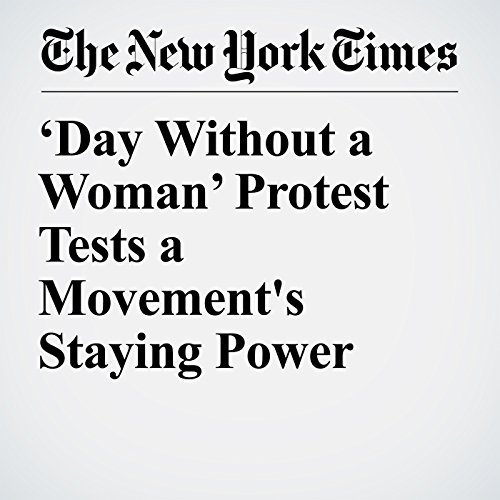 Once again in the young presidency of Donald Trump, women rallied against his administration on Wednesday, this time by skipping work, wearing red and refusing to spend money. But the protests were far smaller than the masses who turned the women’s marches on Jan. 21 into a phenomenon, keeping the question open of whether protesters’ fervor can be channeled into a sustained movement with demonstrable political results.

"‘Day Without a Woman’ Protest Tests a Movement's Staying Power" is from the March 08, 2017 U.S. section of The New York Times. It was written by Susan Chira, Rachel Abrams and Katie Rogers and narrated by Caroline Miller.