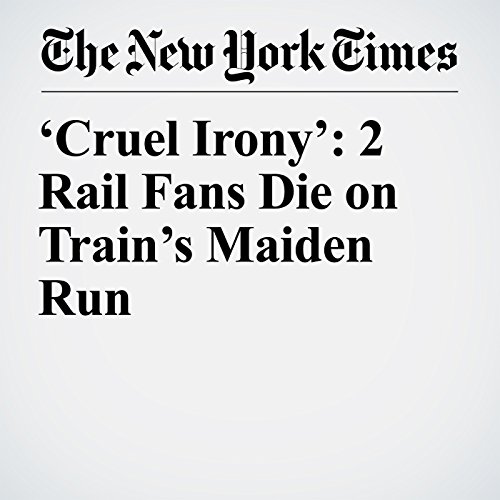 Train enthusiasts — those people who plan their vacations by the lines they can ride, who can recite the numbers of their favorite locomotives, who collect vintage model trains and share photographs of them on Facebook groups — do not often get the chance to ride on the very first run of a newly opened line. So quite a few of the people who boarded Train No. 501 on Monday for the maiden run were rail fans. And when the train crashed off the newly refurbished rails south of Tacoma with 77 passengers aboard, at least two of the three people who were killed in the accident came from that world.

"‘Cruel Irony’: 2 Rail Fans Die on Train’s Maiden Run" is from the December 19, 2017 U.S. section of The New York Times. It was written by Julie Bosman and narrated by Kristi Burns.