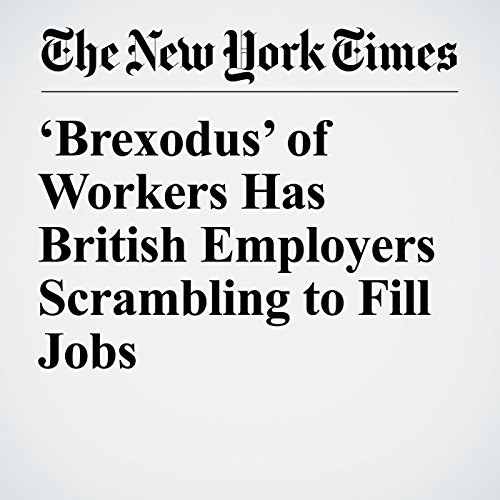 The first inkling that Ross Mitchell knew something had gone awry was when a busload of Bulgarians he had hired to pick blueberries last month failed to appear. The way he saw it, they had been “hijacked.”

"‘Brexodus’ of Workers Has British Employers Scrambling to Fill Jobs" is from the December 16, 2017 World section of The New York Times. It was written by Kimiko De Freytas Tamura and narrated by Keith Sellon-Wright.