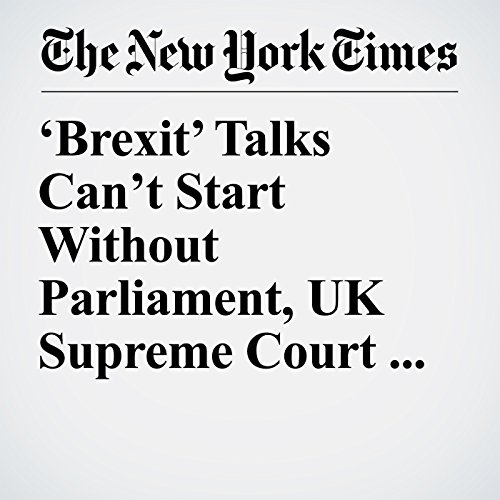 Prime Minister Theresa May must secure the approval of Parliament before she can begin the process of taking Britain out of the European Union, the Supreme Court of the United Kingdom ruled Tuesday.

"‘Brexit’ Talks Can’t Start Without Parliament, UK Supreme Court Rules" is from the January 24, 2017 World section of The New York Times. It was written by Katrin Bennhold and narrated by Keith Sellon-Wright.