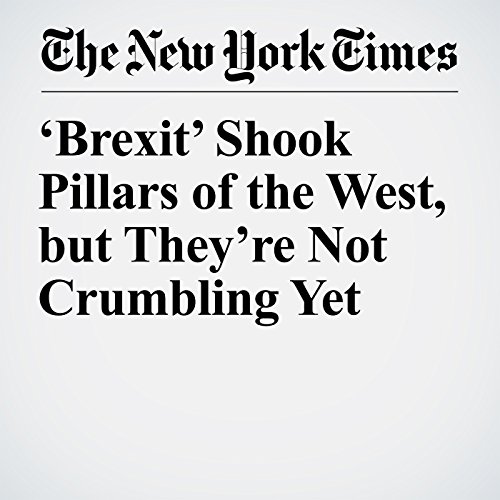 Britain stepped into the unknown on Wednesday — and possibly off a cliff. On a day that blended dull ritual with undeniable historic import, Britain formally began its departure from the European Union with the delivery of a letter to Brussels, followed by lofty words from Prime Minister Theresa May in Parliament.

"‘Brexit’ Shook Pillars of the West, but They’re Not Crumbling Yet" is from the March 29, 2017 World section of The New York Times. It was written by Steven Erlanger and narrated by Fleet Cooper.

Cosa pensano gli ascoltatori di ‘Brexit’ Shook Pillars of the West, but They’re Not Crumbling Yet