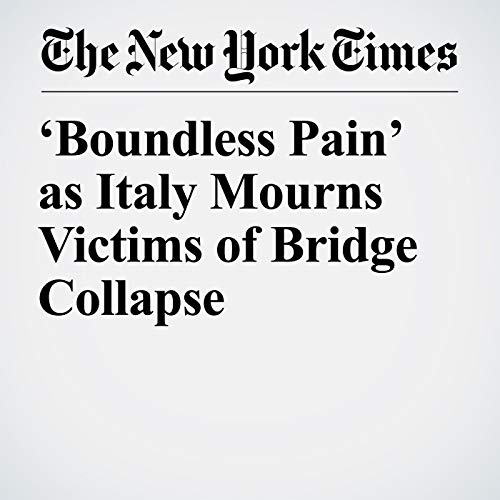 ROME — Italy mourned those killed in the collapse of a bridge in the northern city of Genoa with a state funeral Saturday as the country struggled to come to terms with a tragedy that government officials, families of victims and some experts say could have been prevented. But some families of the victims boycotted the event.

"‘Boundless Pain’ as Italy Mourns Victims of Bridge Collapse" is from the August 18, 2018 World section of The New York Times. It was written by Elisabetta Povoledo and narrated by Keith Sellon-Wright.