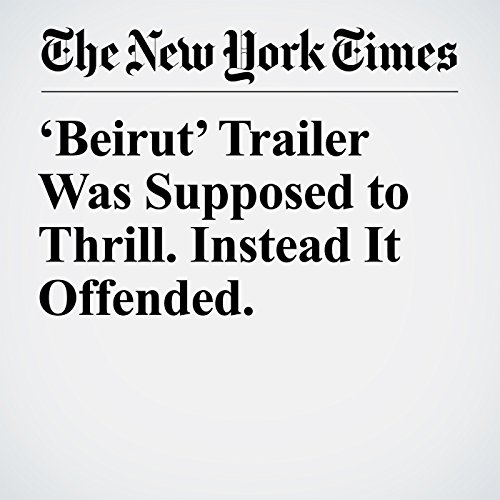 A movie or TV show receives criticism for its portrayal of the Middle East. Its detractors say the story stereotypes and dehumanizes Arabs and Muslims — with some roles not even filled by actors of Middle Eastern descent.

"‘Beirut’ Trailer Was Supposed to Thrill. Instead It Offended." is from the January 30, 2018 Entertainment section of The New York Times. It was written by Sopan Deb and narrated by Kristi Burns.