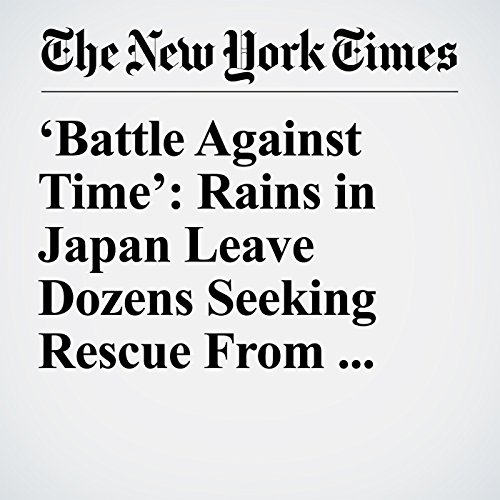 TOKYO — Record rainfall continued to batter Japan on Sunday, with millions of people being urged to leave their homes because of the risk of flooding and landslides that have already killed dozens.

"‘Battle Against Time’: Rains in Japan Leave Dozens Seeking Rescue From Rooftops" is from the July 08, 2018 World section of The New York Times. It was written by Hisako Ueno, Makiko Inoue and Gerry Mullany and narrated by Kristi Burns.