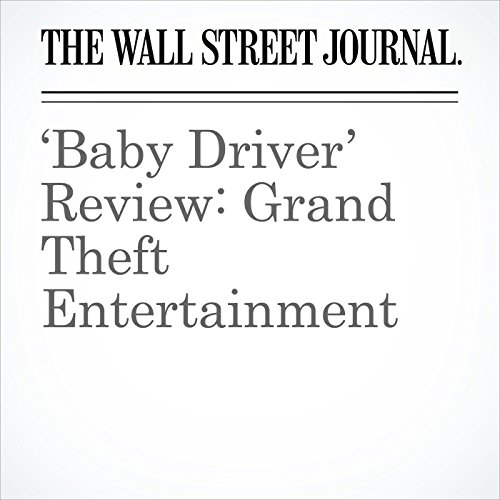 The baby-faced getaway driver in Edgar Wright’s sensationally entertaining Baby Driver is called Baby, reasonably enough; as played by Ansel Elgort, he’s mysteriously self-contained and improbably sweet-spirited. Although Baby wasn’t born with earbuds attached to his head, they’ve become part of his anatomy. He listens to music incessantly and obsessively because he has tinnitus, a ringing in his ears that’s masked by whatever playlist he has chosen to play on whichever iPod he’s decided to pack while driving at preposterous speeds with prodigious skill. The soundtrack is so loud that you may get tinnitus on your own. But you’re also likely to come away with an uptick in your spirits and a grin on your face that won’t quit.