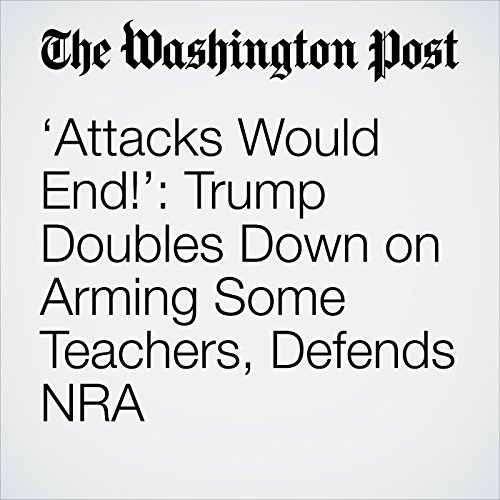 President Trump on Thursday doubled down on his idea of arming some teachers as a deterrent for school shootings and praised the top leadership of the National Rifle Association as “Great American Patriots.”

"‘Attacks Would End!’: Trump Doubles Down on Arming Some Teachers, Defends NRA" is from the February 22, 2018 Politics section of The Washington Post. It was written by John Wagner, Jenna Johnson and narrated by Sam Scholl.