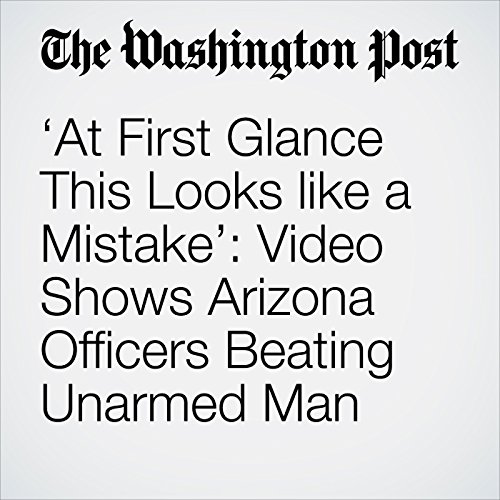 Four police officers from a Phoenix suburb have been put on paid administrative leave after video showed them beating an unarmed man last month, the Mesa Police Department said.

"‘At First Glance This Looks like a Mistake’: Video Shows Arizona Officers Beating Unarmed Man" is from the June 06, 2018 National section of The Washington Post. It was written by Amy B Wang and narrated by Sam Scholl.