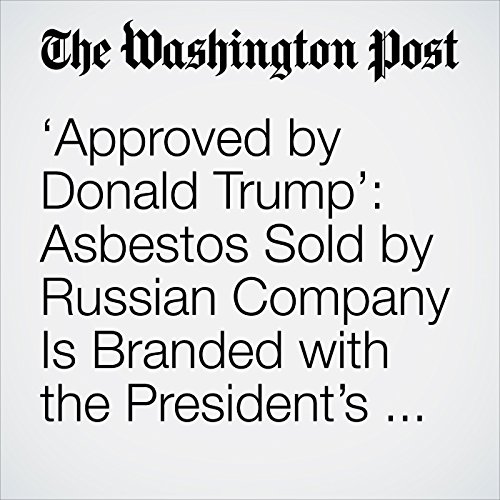 A Russian asbestos company that operates a giant mine in the Ural Mountains is marketing its wares with President Trump’s image, according to photos it posted on social media, citing former EPA administrator Scott Pruitt as well as Trump’s outspoken support for the carcinogen.

"‘Approved by Donald Trump’: Asbestos Sold by Russian Company Is Branded with the President’s Face" is from the July 11, 2018 Business section of The Washington Post. It was written by Eli Rosenberg and narrated by Sam Scholl.