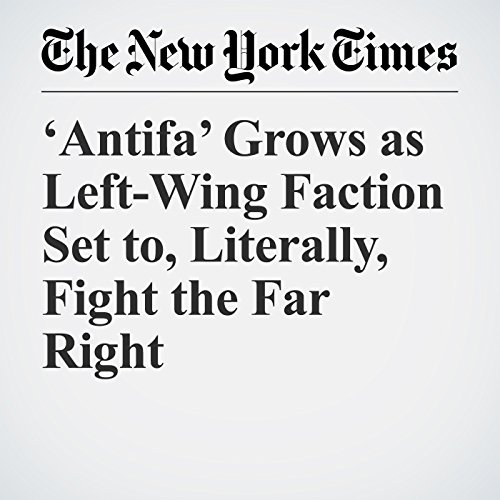 Last weekend, when a 27-year-old bike messenger showed up at the “Unite the Right” rally in Charlottesville, Virginia, he came ready for battle. He joined a human chain that stretched in front of Emancipation Park and linked his arms with others, blocking waves of white supremacists — some of them in full Nazi regalia — from entering.

"‘Antifa’ Grows as Left-Wing Faction Set to, Literally, Fight the Far Right" is from the August 17, 2017 U.S. section of The New York Times. It was written by Thomas Fuller, Alan Feuer and Serge F. Kovaleski and narrated by Barbara Benjamin-Creel.