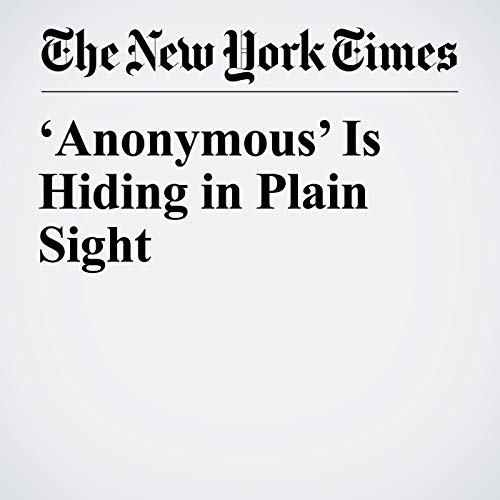 More and more, I wonder if the disgruntled senior Trump administration official who wrote the anonymous Op-Ed in The New York Times was actually representing a group — like a “Murder on the Orient Express” plotline where every senior Trump adviser was in on it.

"‘Anonymous’ Is Hiding in Plain Sight" is from the September 11, 2018 Opinion section of The New York Times. It was written by Thomas L. Friedman and narrated by Keith Sellon-Wright.