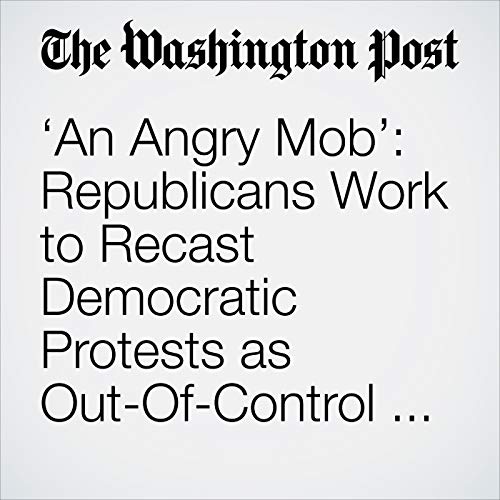 When thousands of furious, screaming protesters marched toward the Capitol over the weekend as Justice Brett M. Kavanaugh was confirmed, Republican staffers peered out at the scene from the windows above. They were not alarmed but elated."

‘An Angry Mob’: Republicans Work to Recast Democratic Protests as Out-Of-Control Anarchy" is from the October 08, 2018 Politics section of The Washington Post. It was written by Matt Viser andRobert Costa and narrated by Sam Scholl.