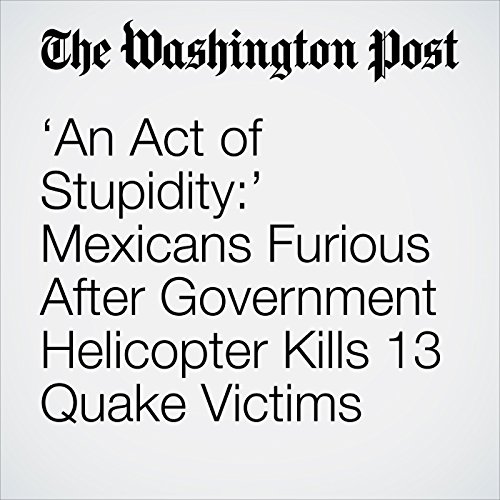 A government helicopter, surveying damage from an earthquake that killed no one, crashed in southern Mexico on Friday evening and killed at least 13 men, women and children, and injured more than a dozen.

"‘An Act of Stupidity:’ Mexicans Furious After Government Helicopter Kills 13 Quake Victims" is from the February 18, 2018 World section of The Washington Post. It was written by Avi Selk and narrated by Sam Scholl.