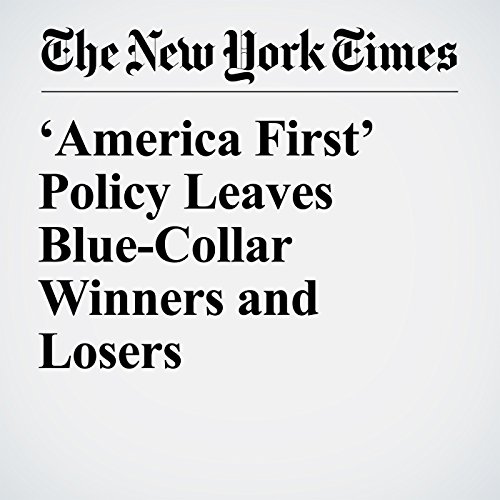 President Donald Trump’s announcement that he planned to impose steep tariffs on imported steel and aluminum delighted some blue-collar industries he had championed. “Enthusiastic and gratified are probably understatements,” said Michael A. Bless, the president of Century Aluminum.

"‘America First’ Policy Leaves Blue-Collar Winners and Losers" is from the March 04, 2018 U.S. section of The New York Times. It was written by Natalie Kitroeff and Ana Swanson and narrated by Kristi Burns.