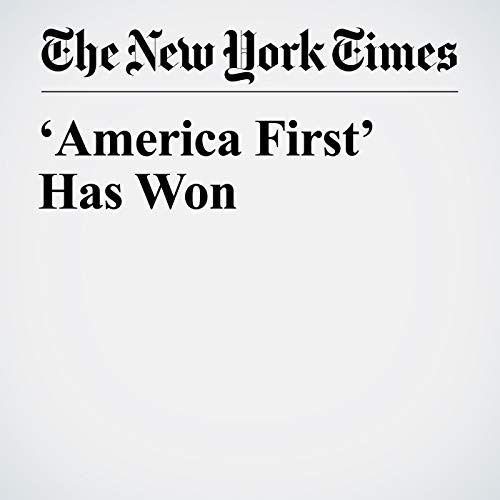 The three pillars of the ideology — isolationism, protectionism and restricting immigration — were gaining popularity before Donald Trump became President and may outlast his tenure.

"‘America First’ Has Won" is from the September 27, 2018 Opinion section of The New York Times. It was written by Robert Kagan and narrated by Keith Sellon-Wright.