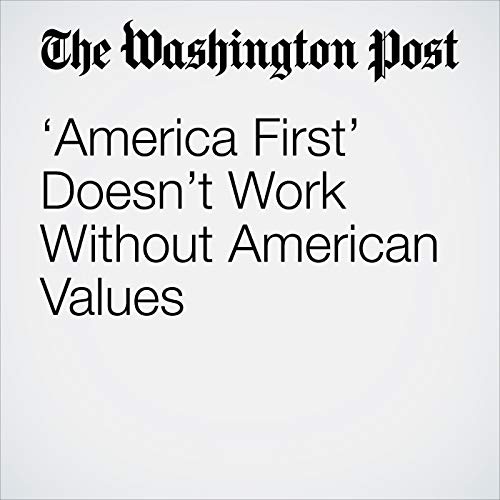 Saudi Arabia’s apparent killing of journalist Jamal Khashoggi — and the Trump administration’s haphazard response — is an unmistakable sign that U.S. foreign policy has swung too far away from its roots in promoting American values abroad. Readjusting President Trump’s “America First” ideology to include the promotion of democratic values is needed to prevent gross human-rights violations such as this, and to win the greater struggle against the expansion of authoritarian influence worldwide.

"‘America First’ Doesn’t Work Without American Values" is from the October 18, 2018 Opinion section of The Washington Post. It was written by Josh Rogin and narrated by Jenny Hoops.