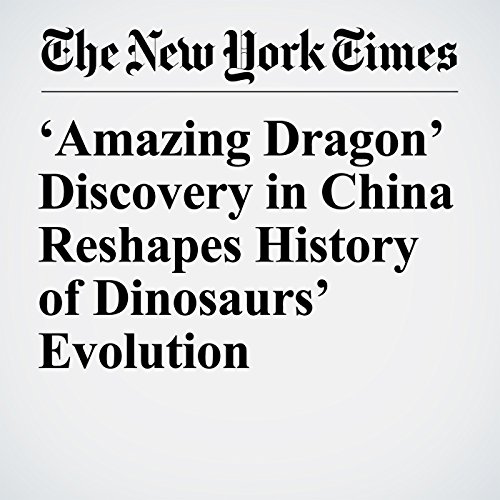 A farmer in China stumbled upon some fossils more than a decade ago, which led to an excavation, which led to a realization: It’s time to rethink the evolutionary history of some of the biggest dinosaurs that ever walked the earth.

"‘Amazing Dragon’ Discovery in China Reshapes History of Dinosaurs’ Evolution" is from the July 26, 2018 World section of The New York Times. It was written by Jacey Fortin and narrated by Kristi Burns.