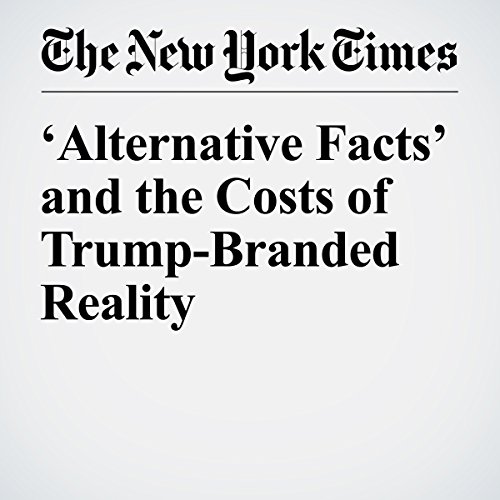 ‘Alternative Facts’ and the Costs of Trump-Branded Reality

When Donald Trump swore the presidential oath Friday, he assumed responsibility not only for the levers of government but also for one of the United States’ most valuable assets, battered though it may be: its credibility.

"‘Alternative Facts’ and the Costs of Trump-Branded Reality" is from the January 22, 2017 U.S. section of The New York Times. It was written by Jim Rutenberg and narrated by Caroline Miller.