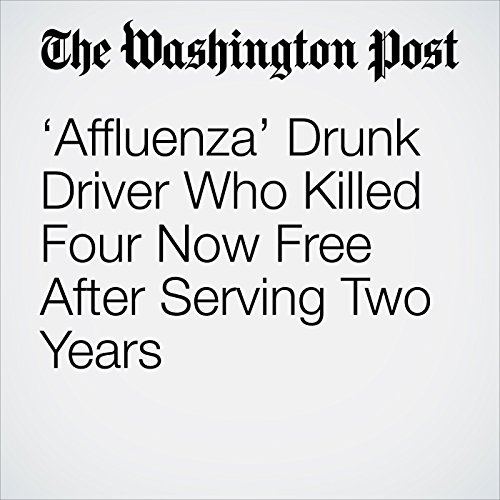 The math comes out to precisely 180.That is how many days Ethan Couch served for each of the four people he killed while driving drunk on June 15, 2013. He was speeding at 65 mph when he plowed his father’s Ford F-350 into a group of people on the roadside helping a stranded motorist outside Fort Worth. He was 16 at the time.

"‘Affluenza’ Drunk Driver Who Killed Four Now Free After Serving Two Years" is from the April 02, 2018 National section of The Washington Post. It was written by Alex Horton and narrated by Sam Scholl.