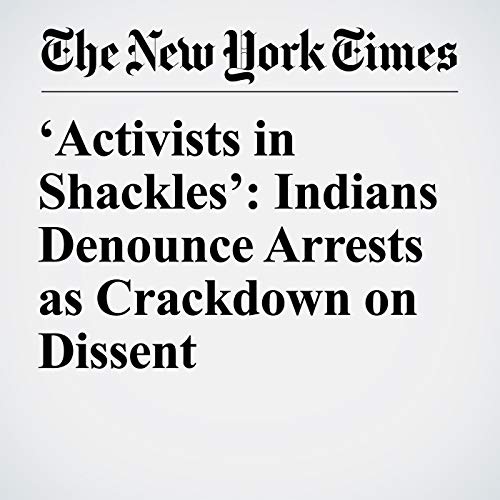 NEW DELHI — Vernon Gonsalves, a rights activist, was preparing for his morning bath when the police banged on his front door. Officers rummaged through his home in Mumbai for nearly eight hours, confiscating books, his laptop, a hard drive and pen drives — and then arrested him.

"‘Activists in Shackles’: Indians Denounce Arrests as Crackdown on Dissent" is from the August 30, 2018 World section of The New York Times. It was written by Kai Schultz and Suhasini Raj and narrated by Kristi Burns.