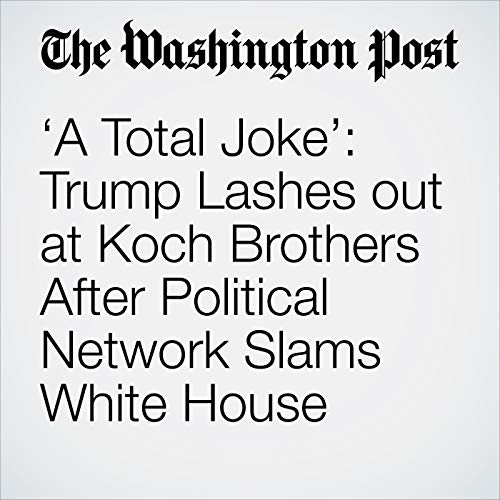 President Trump lashed out at the Koch brothers Tuesday, saying their conservative political funding and policy network has “become a total joke in real Republican circles” and is “highly overrated.”

"‘A Total Joke’: Trump Lashes out at Koch Brothers After Political Network Slams White House" is from the July 31, 2018 Politics section of The Washington Post. It was written by Michelle Ye Hee Lee and John Wagner and narrated by Sam Scholl.