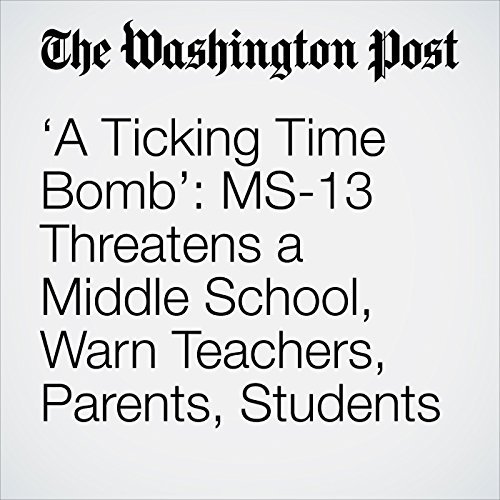 The boys had once been friends before MS-13 began recruiting one of them. Now, as other students streamed to class one April morning at William Wirt Middle School in Riverdale, Md., the two teens squared off in the third-story bathroom — a fight captured by another student on his cellphone.

"‘A Ticking Time Bomb’: MS-13 Threatens a Middle School, Warn Teachers, Parents, Students" is from the June 11, 2018 National section of The Washington Post. It was written by Michael E. Miller and narrated by Sam Scholl.