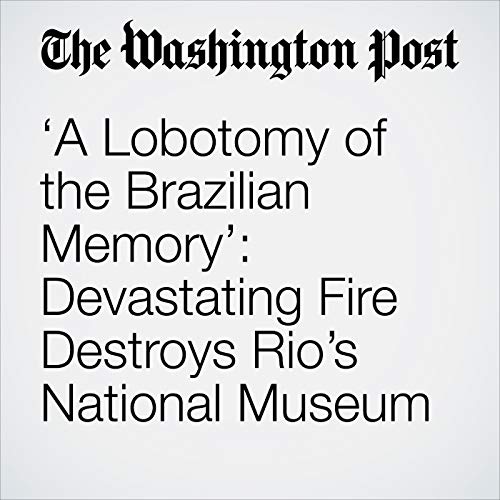 Before the concept of countries existed, Luzia walked the broad savanna of what is now south-central Brazil. Her remains were buried in the Vermelha Cave about 11,500 years ago until they were found and studied in the 20th century. Researchers later said her existence challenged the basic understanding of how humans migrated, and when.

"‘A Lobotomy of the Brazilian Memory’: Devastating Fire Destroys Rio’s National Museum" is from the September 03, 2018 World section of The Washington Post. It was written by Alex Horton and narrated by Sam Scholl.