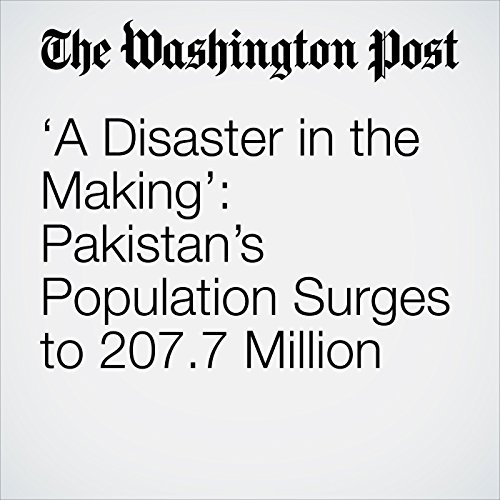 For years, Pakistan’s soaring population growth has been evident in increasingly crowded schools, clinics and poor communities across this vast, Muslim-majority nation. But until two weeks ago, no one knew just how serious the problem was. Now they do.

"‘A Disaster in the Making’: Pakistan’s Population Surges to 207.7 Million" is from the September 09, 2017 Asia & Pacific section of The Washington Post. It was written by Pamela Constable and narrated by Sam Scholl.