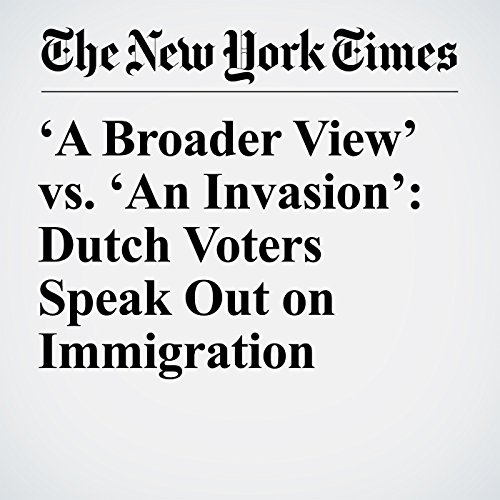 Ahead of the vote, The New York Times asked Dutch readers to describe how immigration had affected their lives and shaped their beliefs.

"‘A Broader View’ vs. ‘An Invasion’: Dutch Voters Speak Out on Immigration" is from the March 10, 2017 World section of The New York Times. It was written by Palko Karasz and narrated by Barbara Benjamin-Creel.