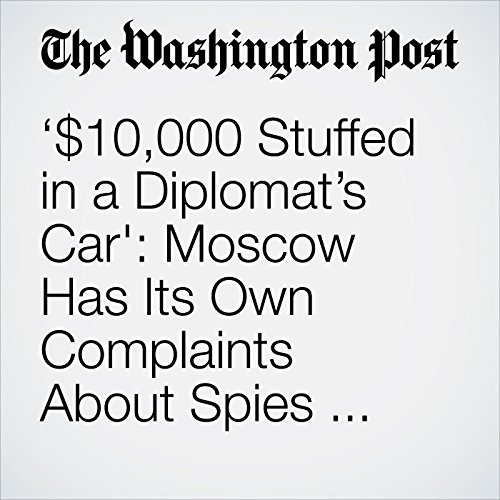 Those are just some of the sensational allegations that Russian Foreign Minister Sergei Lavrov leveled against the United States on Tuesday as he laid out Moscow's case against Washington in the hidden intelligence war. Many of the alleged incidents were previously undisclosed. In Washington, the State Department had no immediate response to Lavrov's comments.

"‘$10,000 Stuffed in a Diplomat’s Car': Moscow Has Its Own Complaints About Spies — American Spies" is from the January 17, 2017 World section of The Washington Post. It was written by Andrew Roth and narrated by Sam Scholl.

Cosa pensano gli ascoltatori di ‘$10,000 Stuffed in a Diplomat’s Car': Moscow Has Its Own Complaints About Spies — American Spies